The Altar of Memory & Containment

The Altar of Memory & Containment, along with the central altarpiece The Reliquary of Protection,  were installed in the Rivera Court at the Detroit Institute for the Art’s annual Ofrendas exhibit for Day of the Dead October 23-November 1, 2015. They were created as a way to honor and contain the memories of deceased family and friends. Both are ways for me to keep their memory alive because each has had an important effect on my life. The altars are a way to remind me of these people as well as the reasons for their importance in my life. Both the reliquary and the drawers of the altar contain objects from and postcards written by the deceased to me while they were alive, along with photos and my own effluvia. For this installation at the DIA I used social media to ask my family and friends to send me photos of their beloved who are now deceased to include on the altar. There are over 100 of these photos included on the altar. Mixed media assemblage including over 40 found drawers. 2015 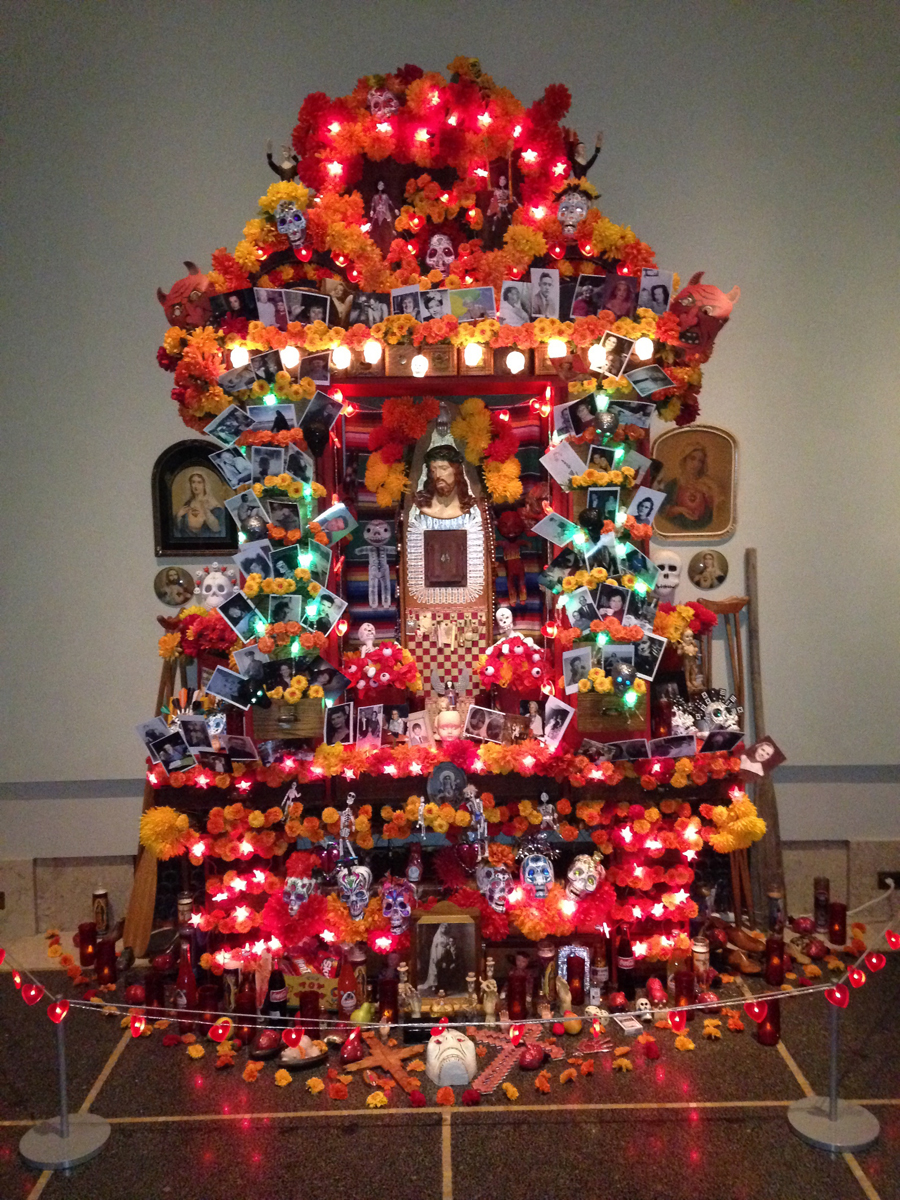 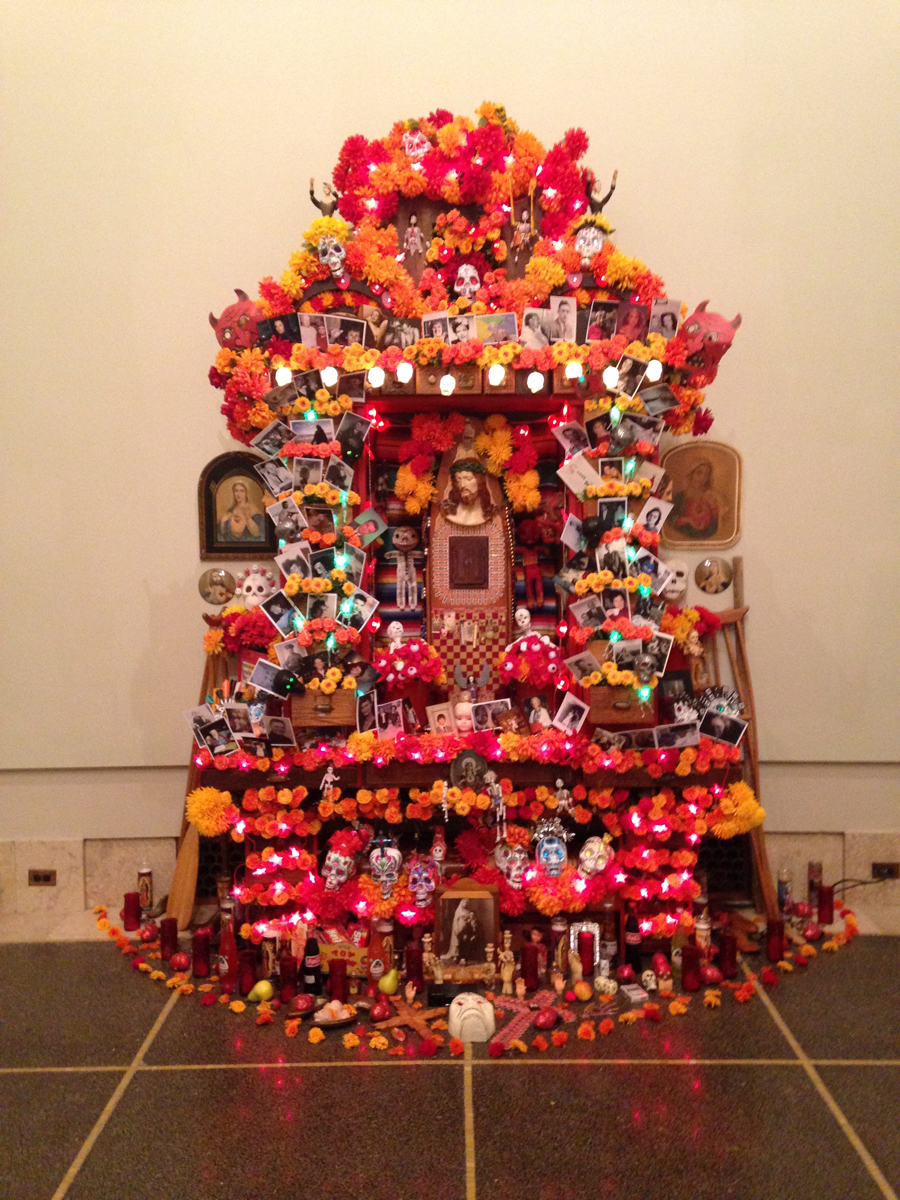 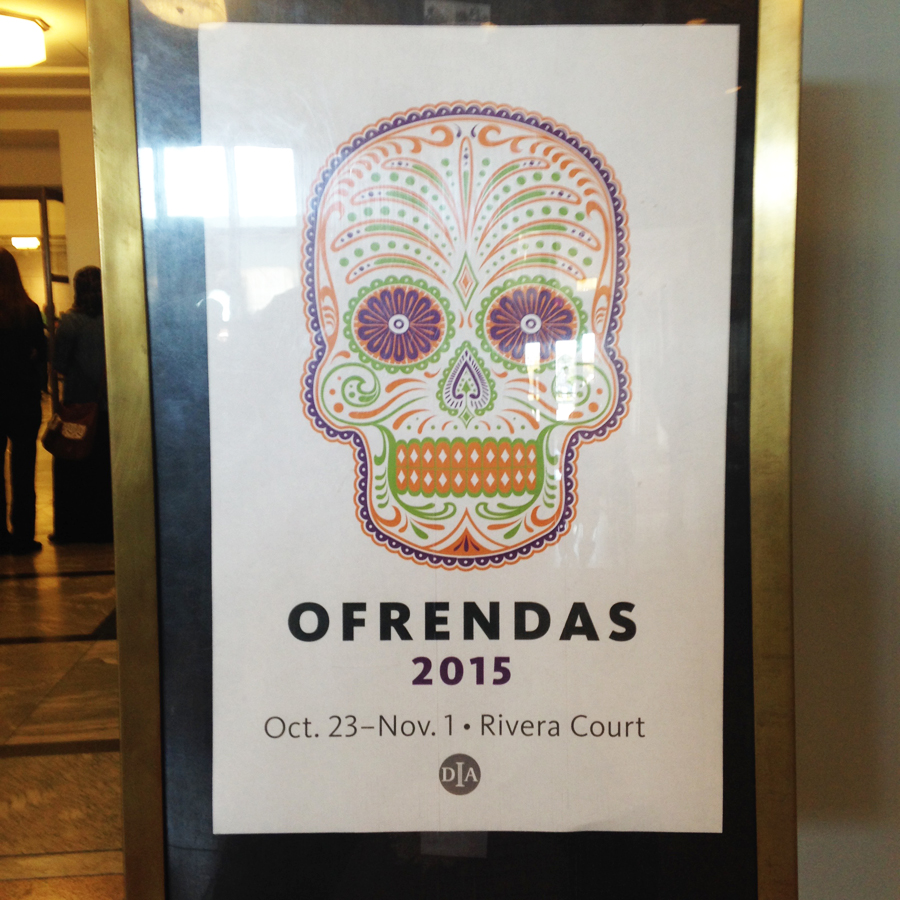 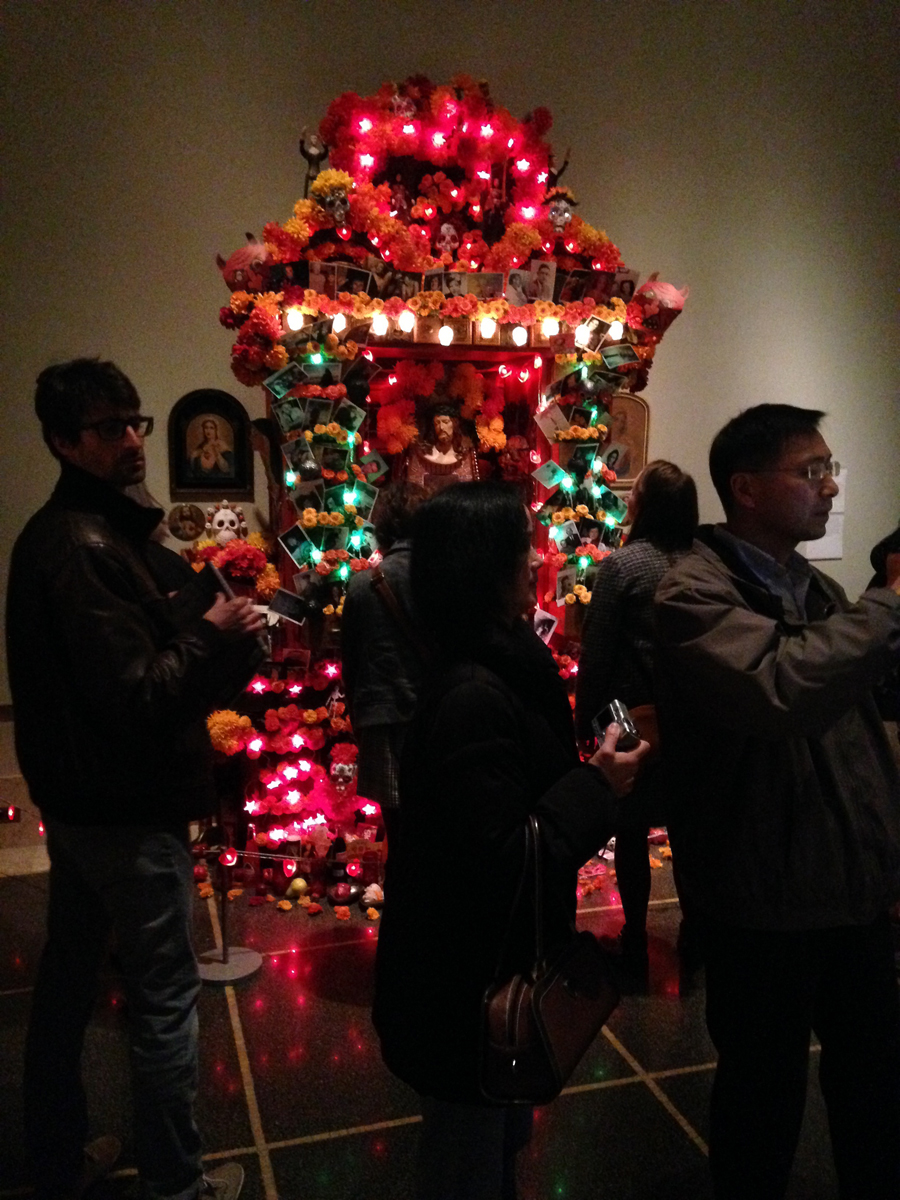 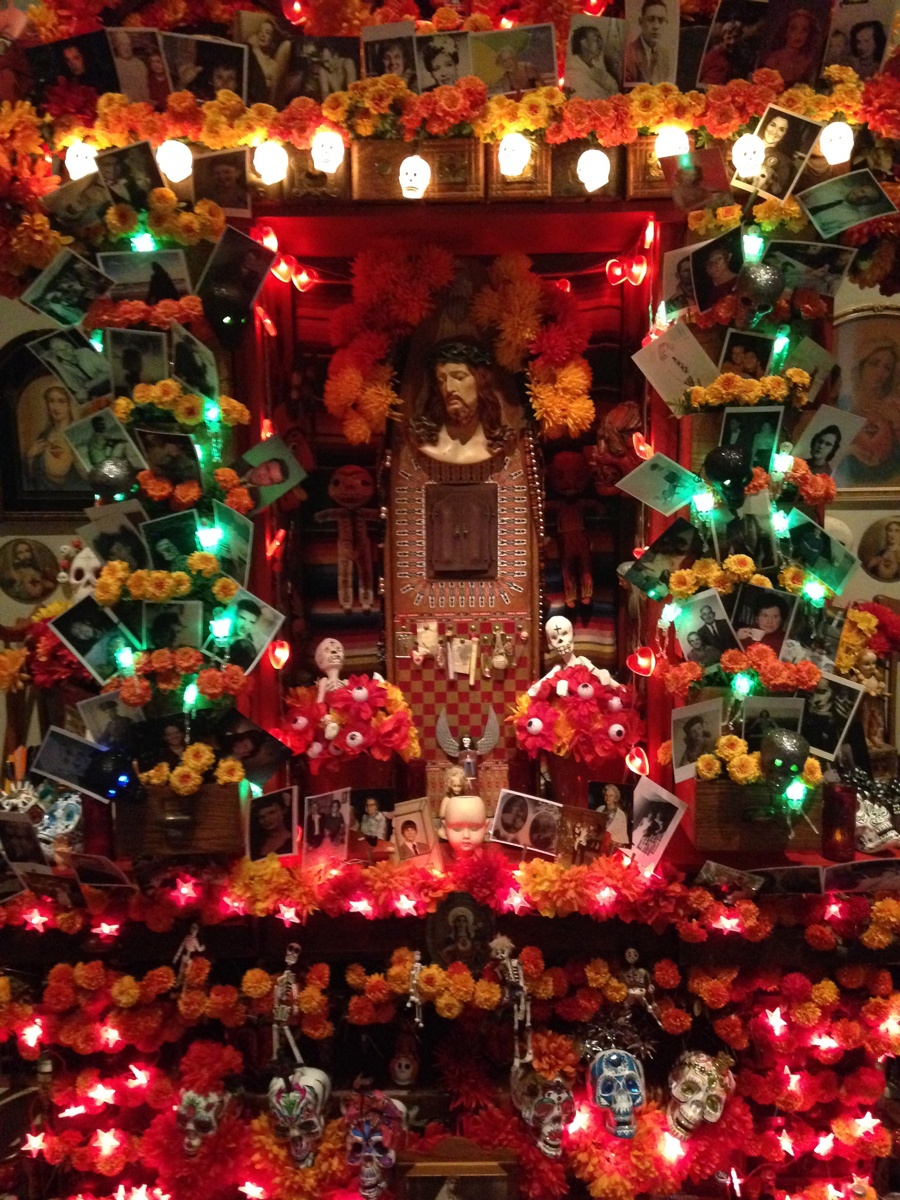 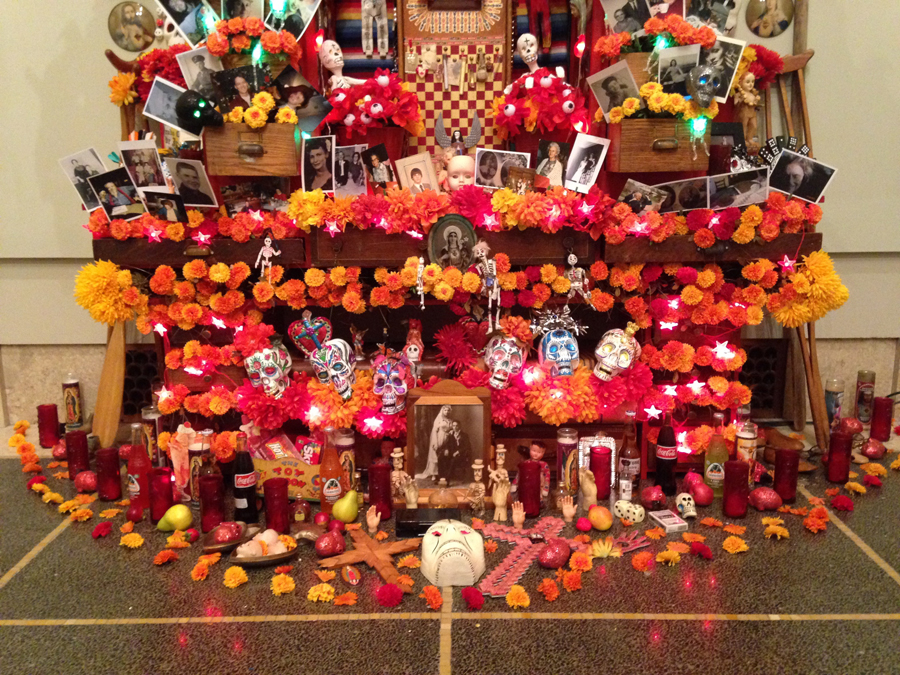 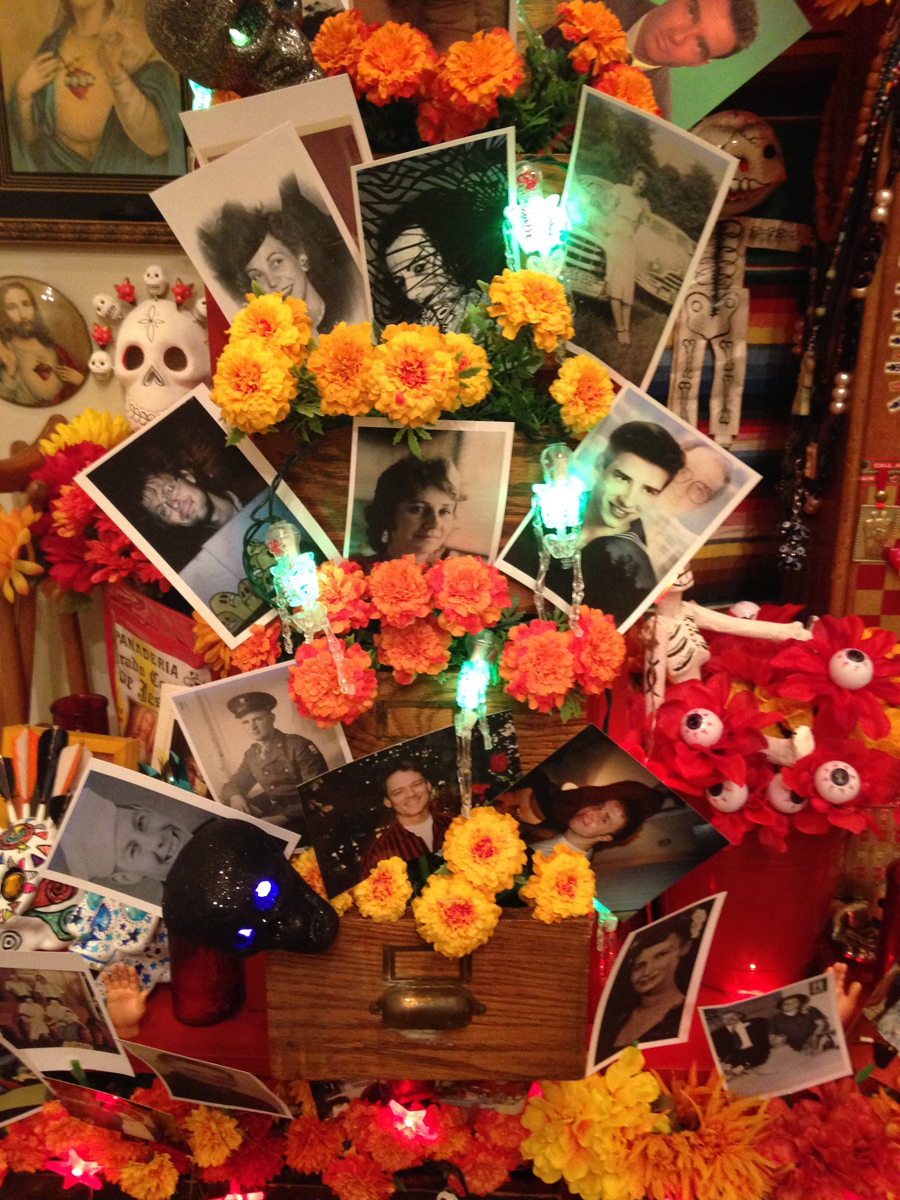 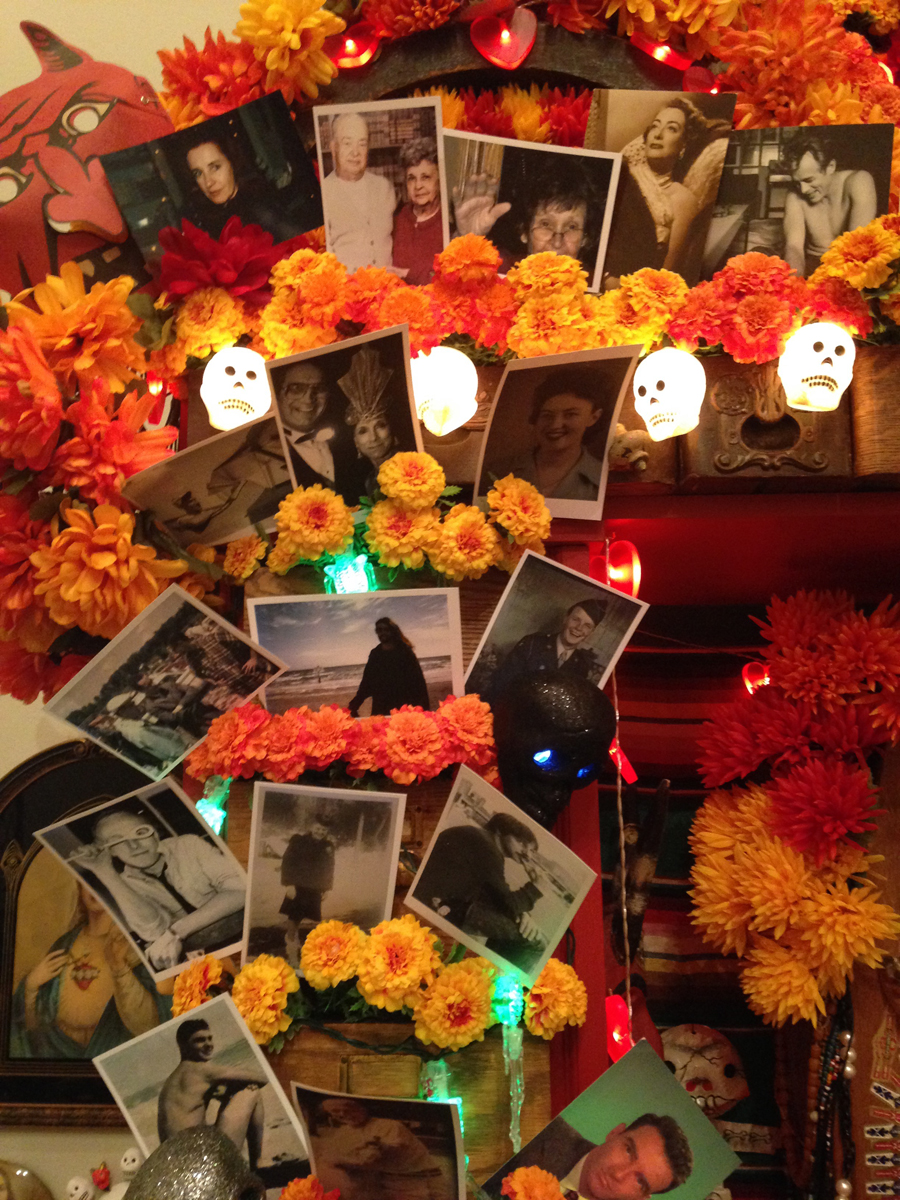 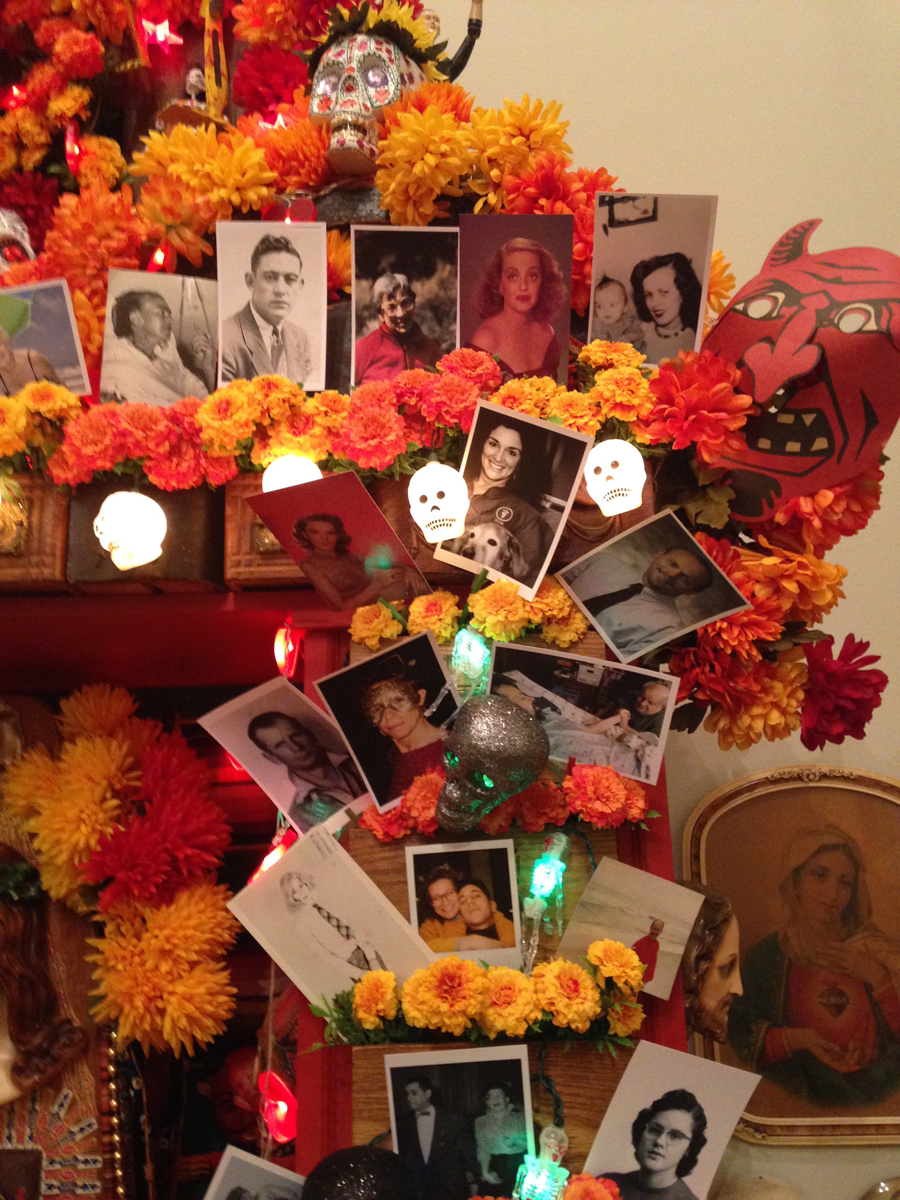 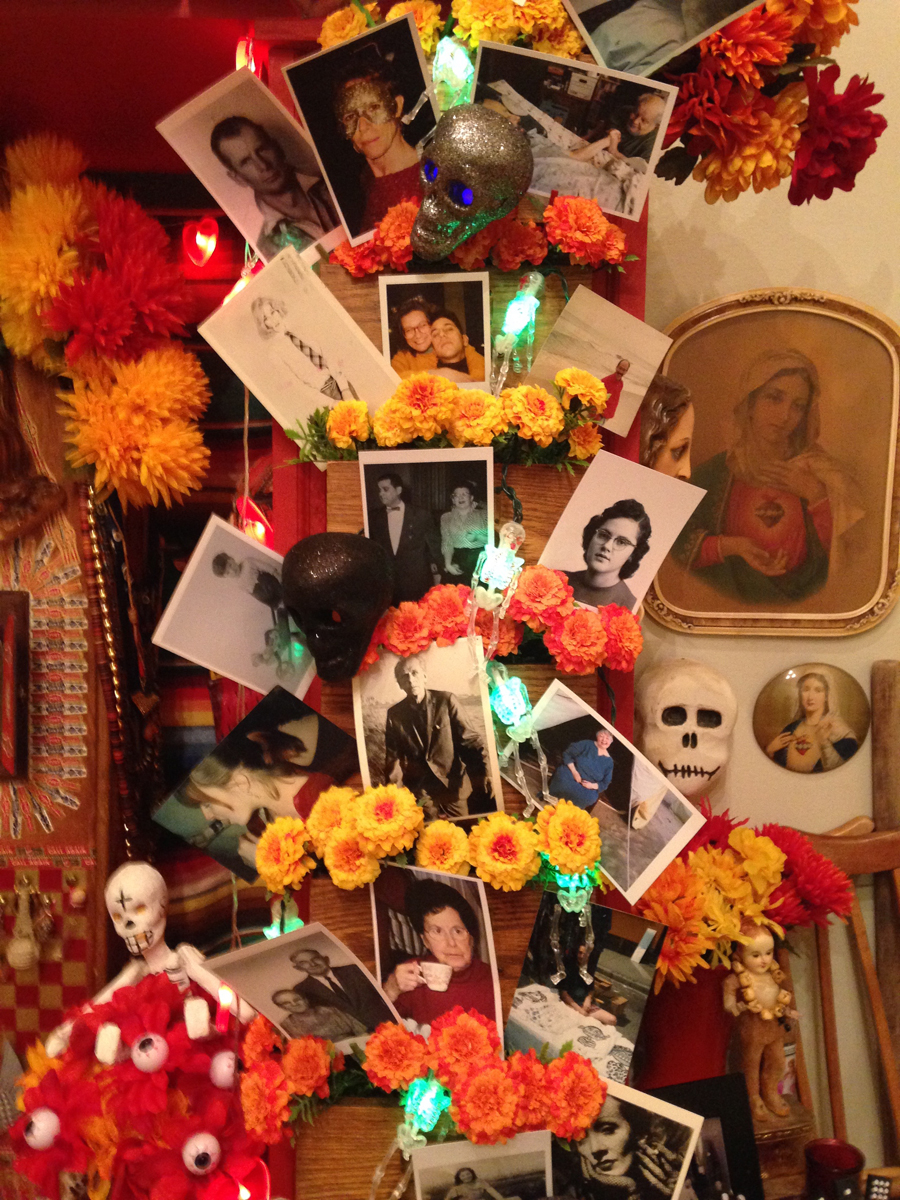 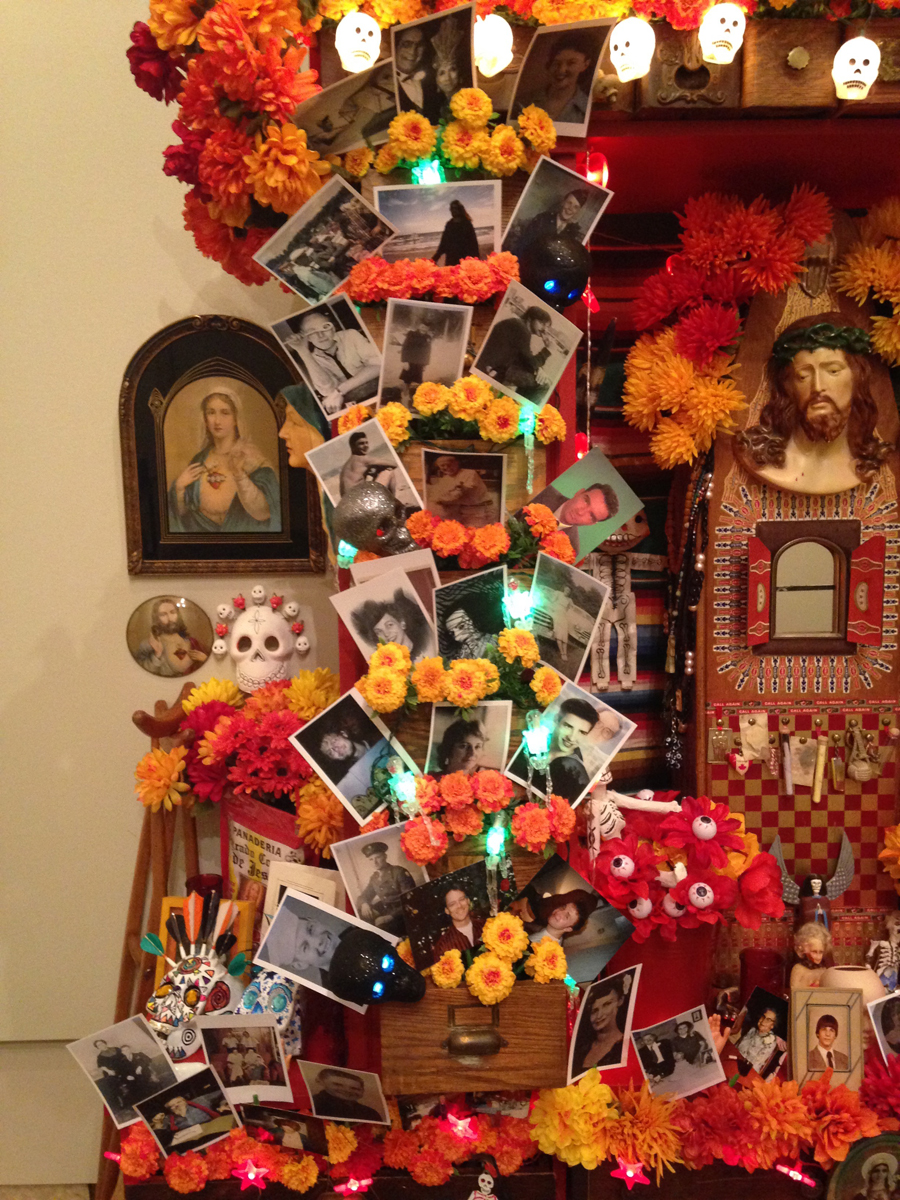 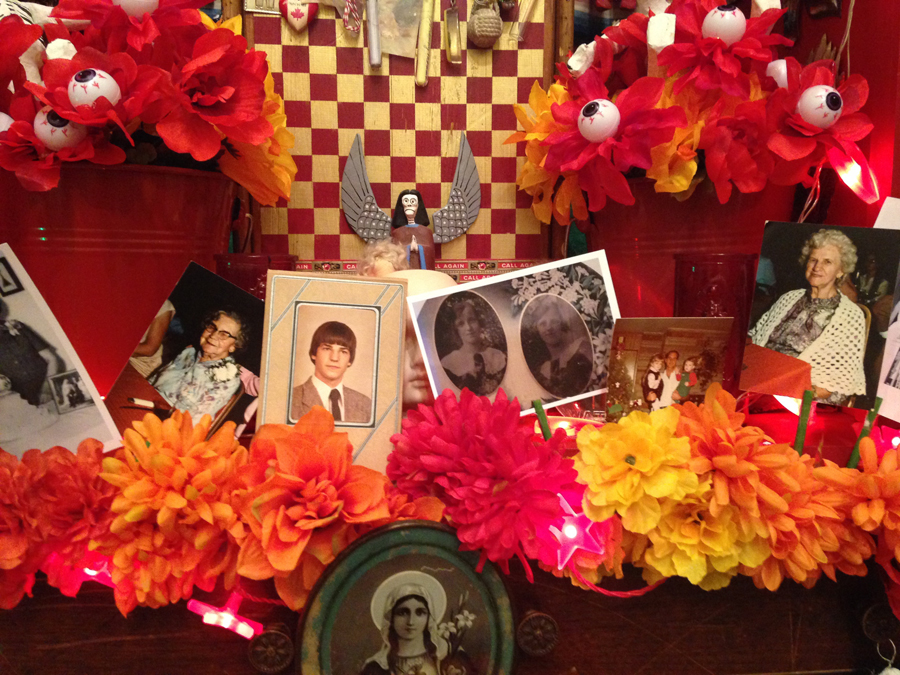 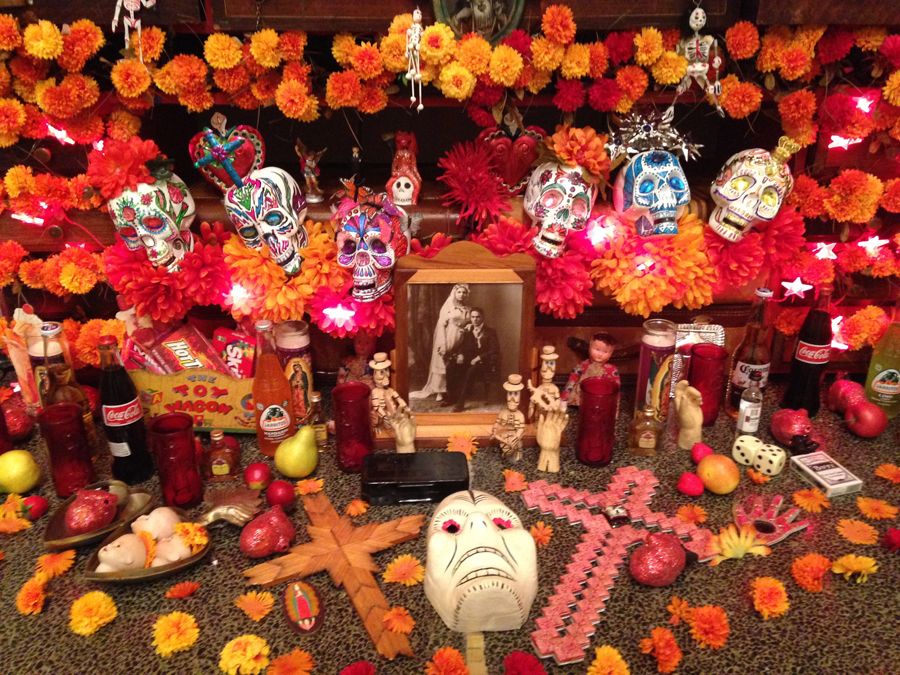 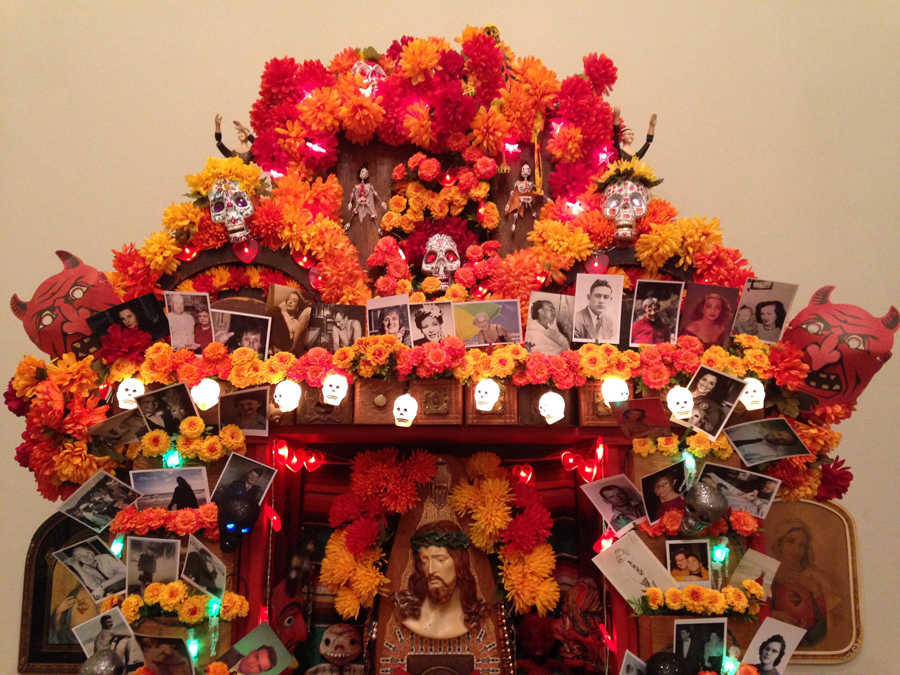 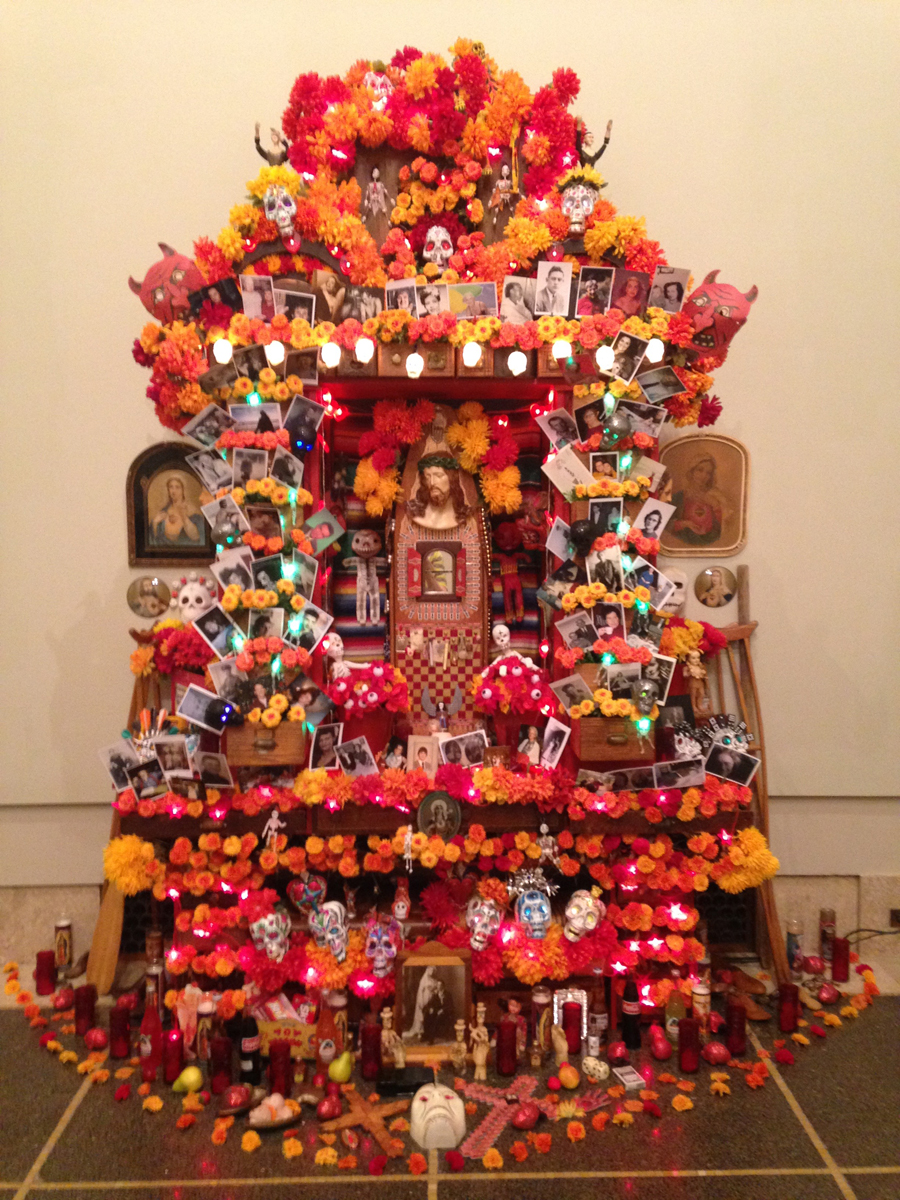 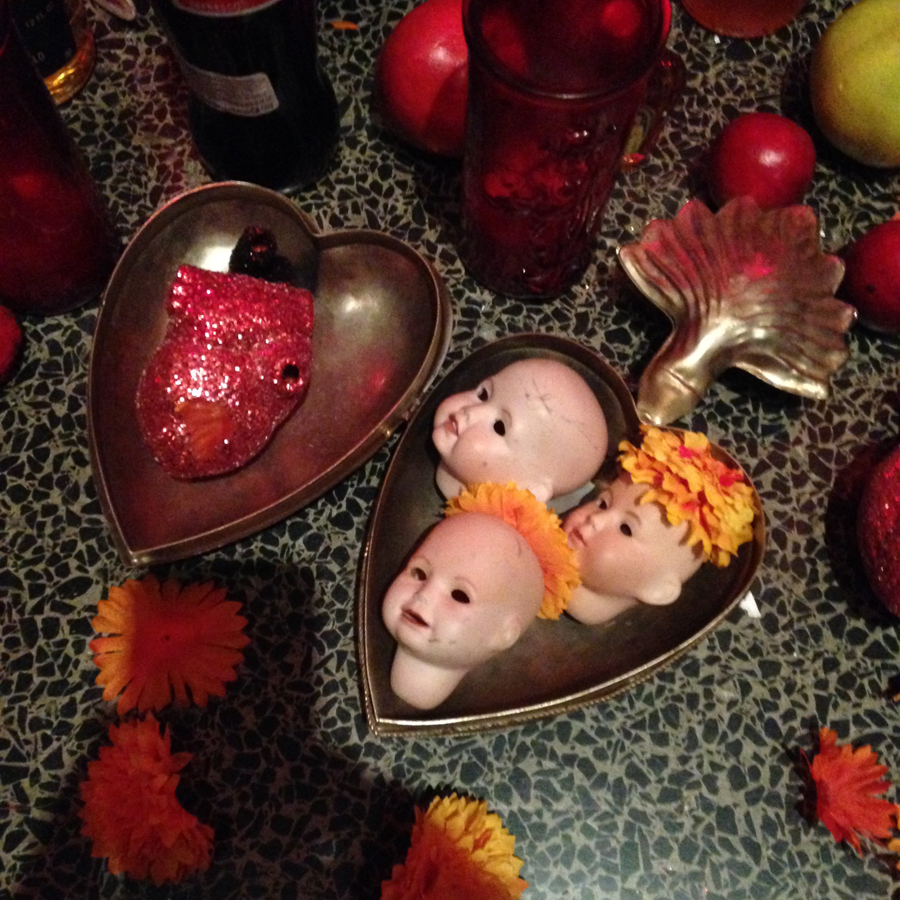 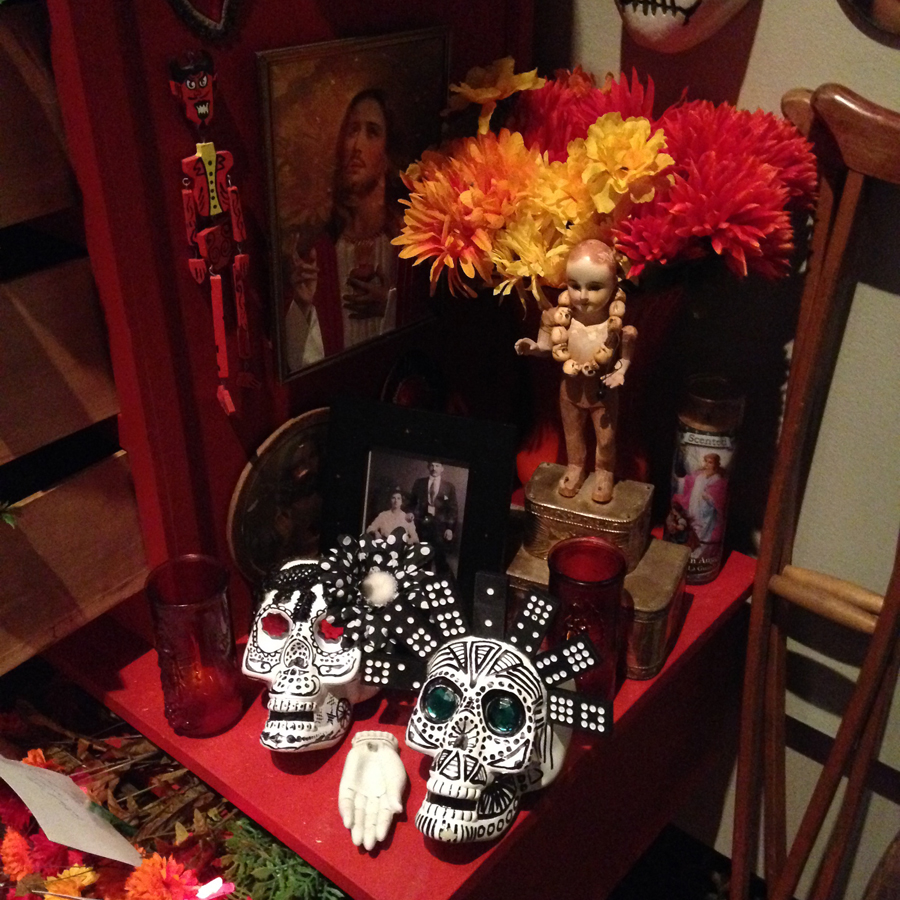 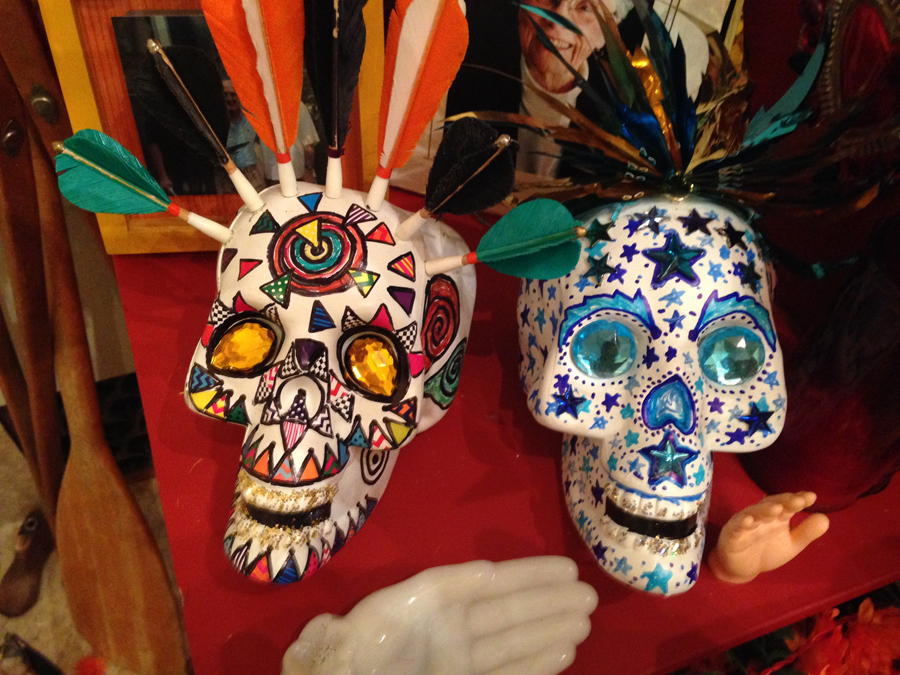 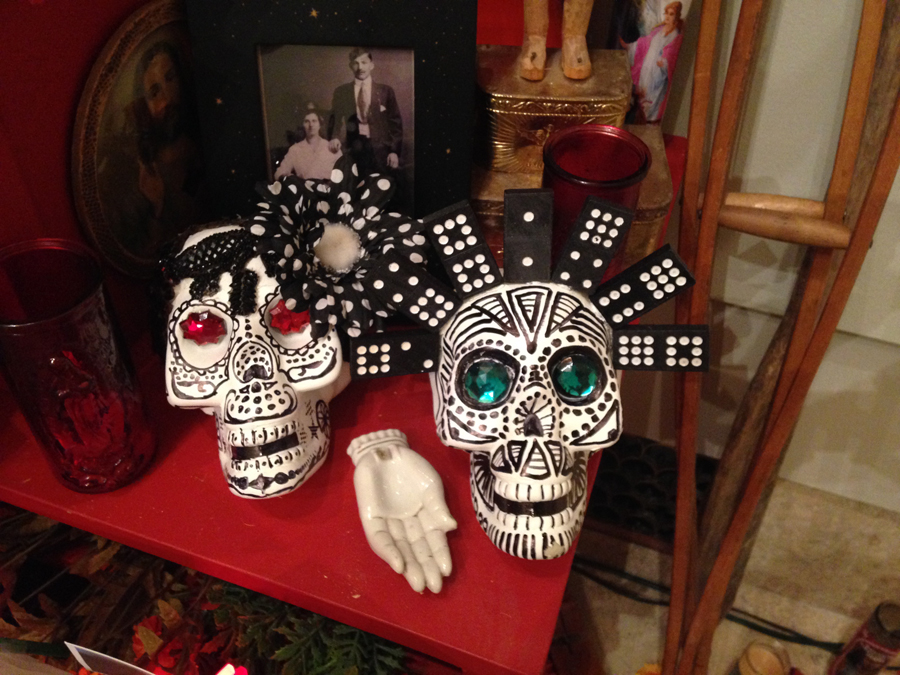 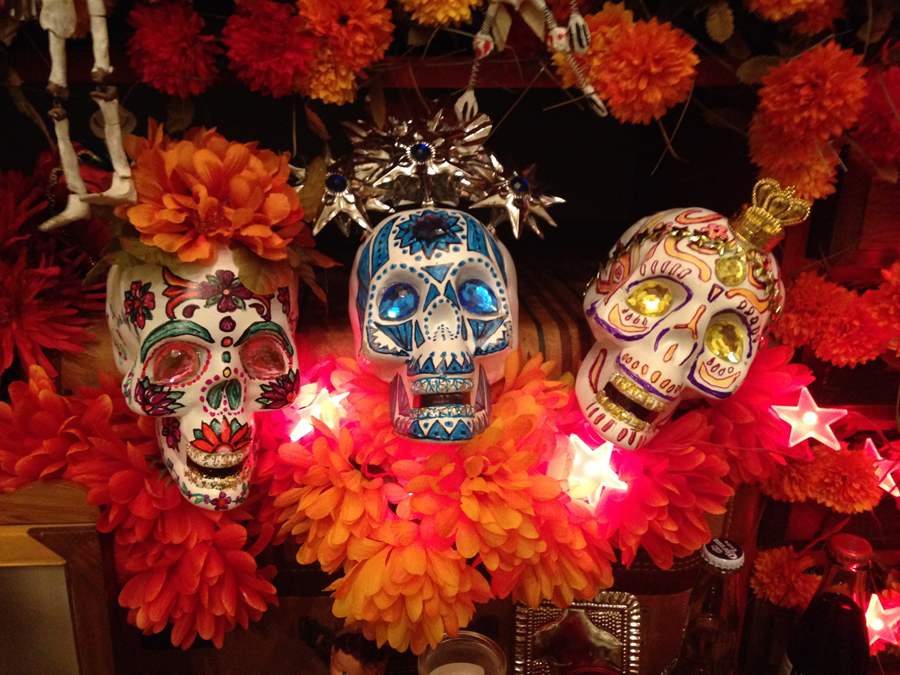 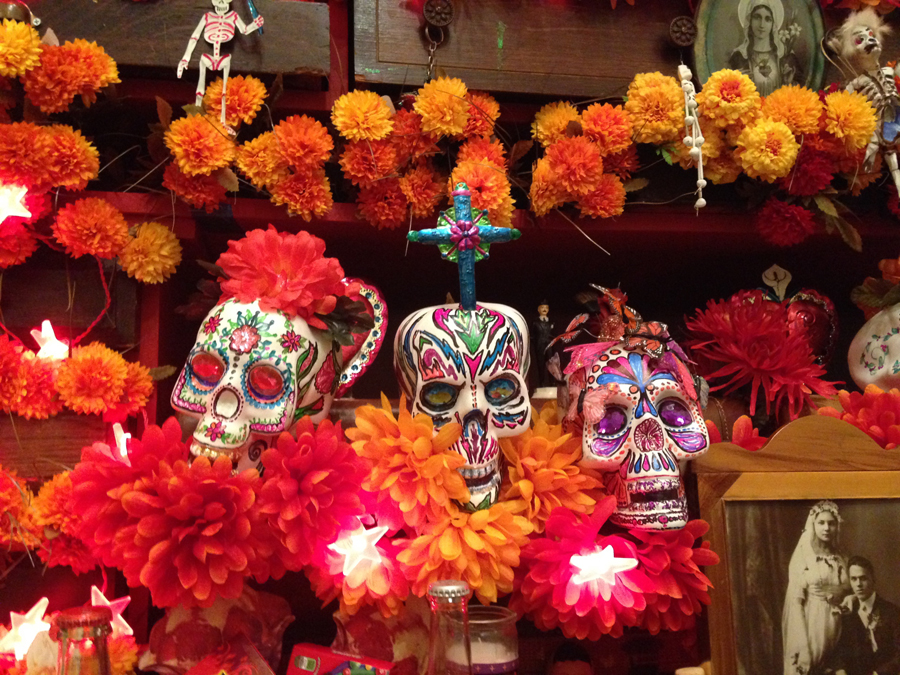 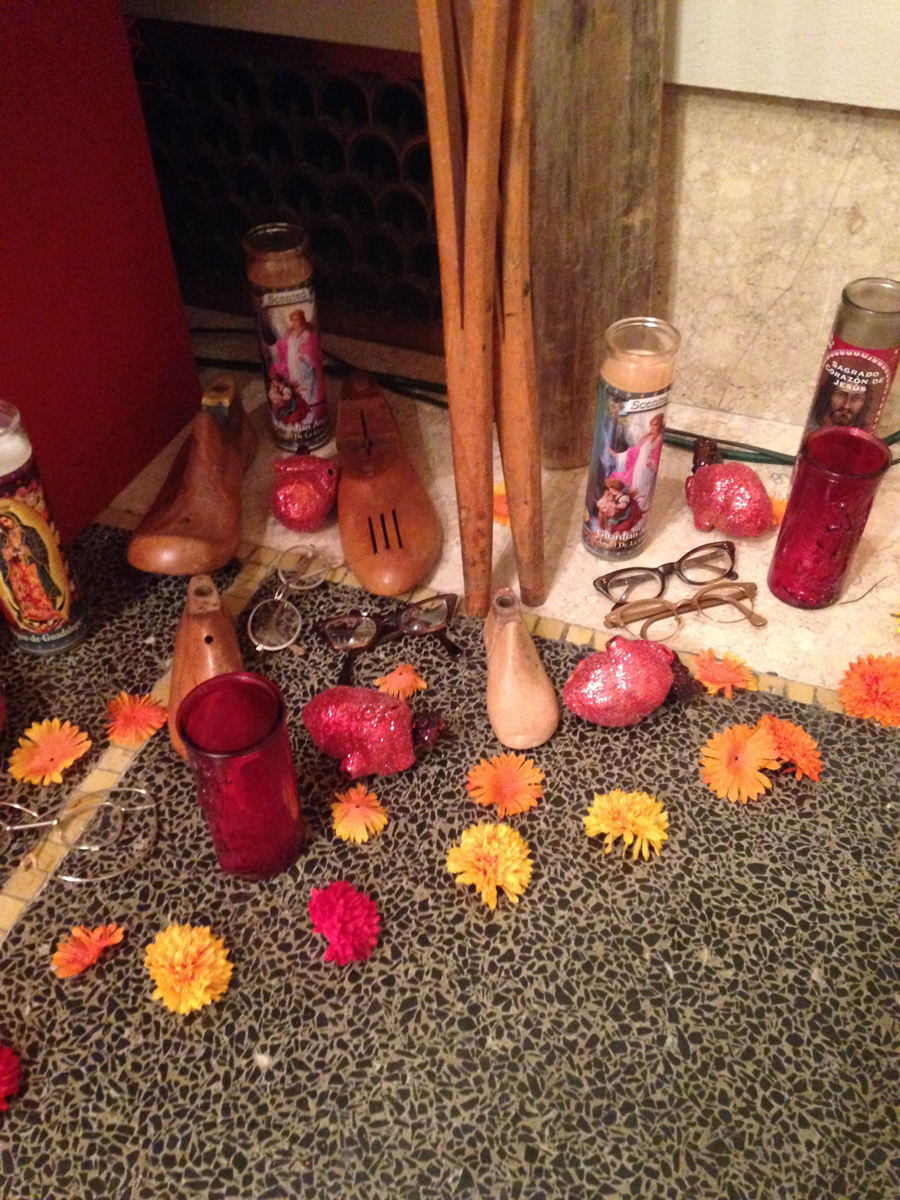 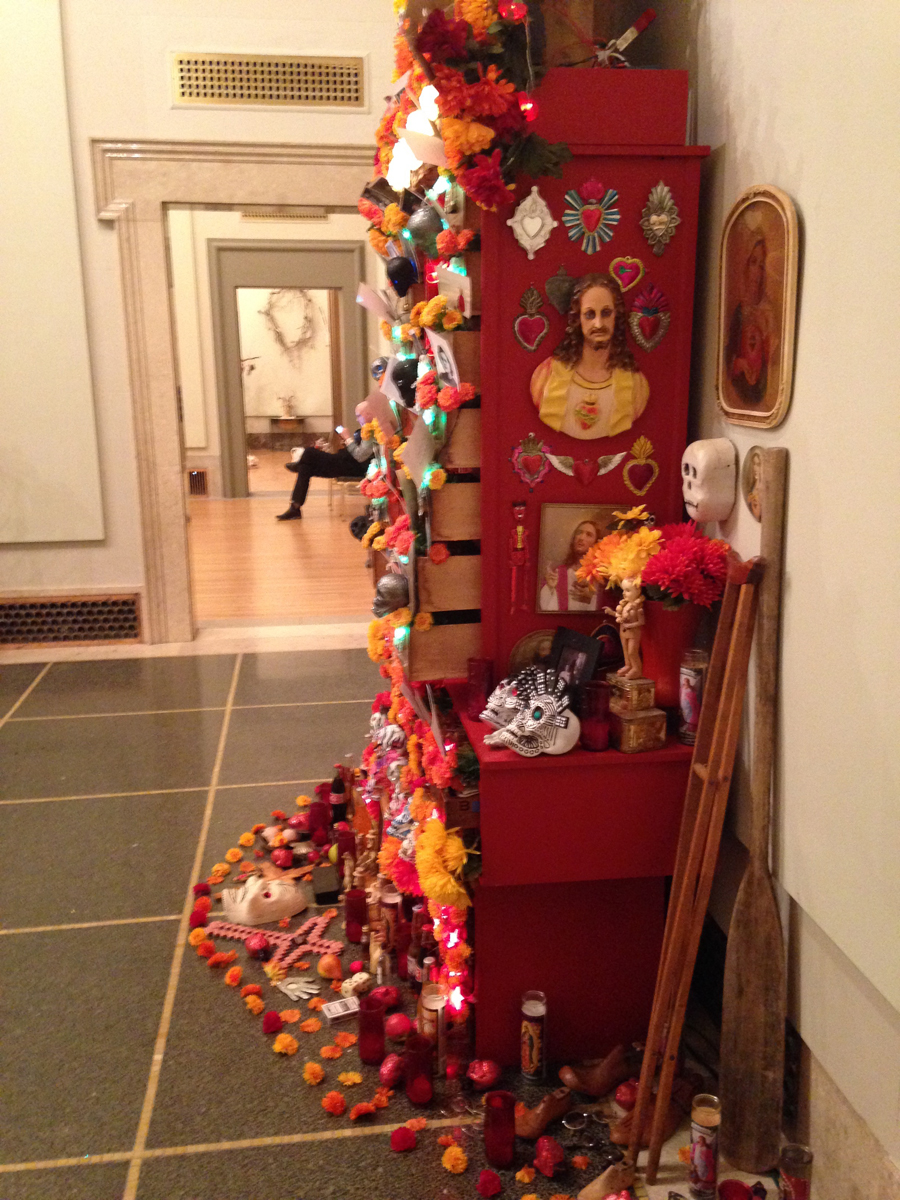 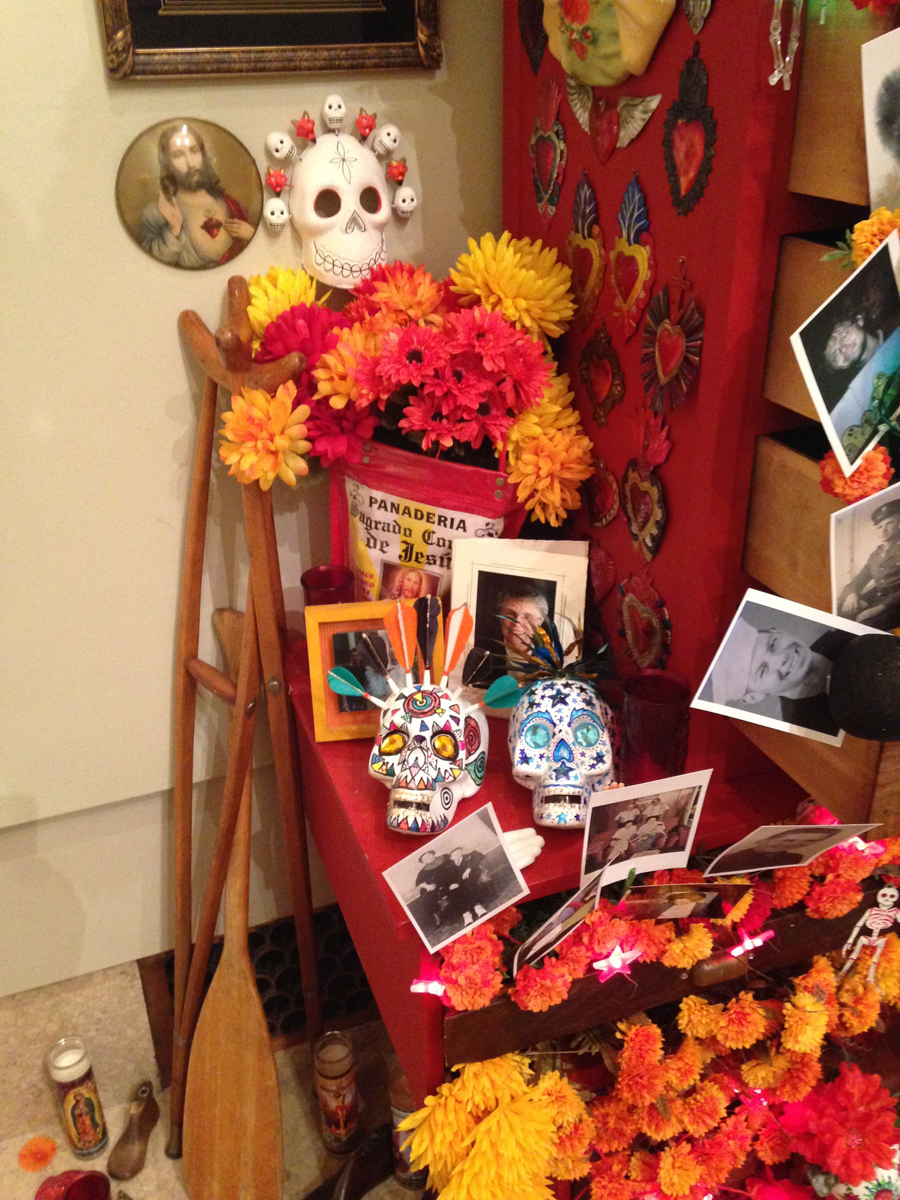 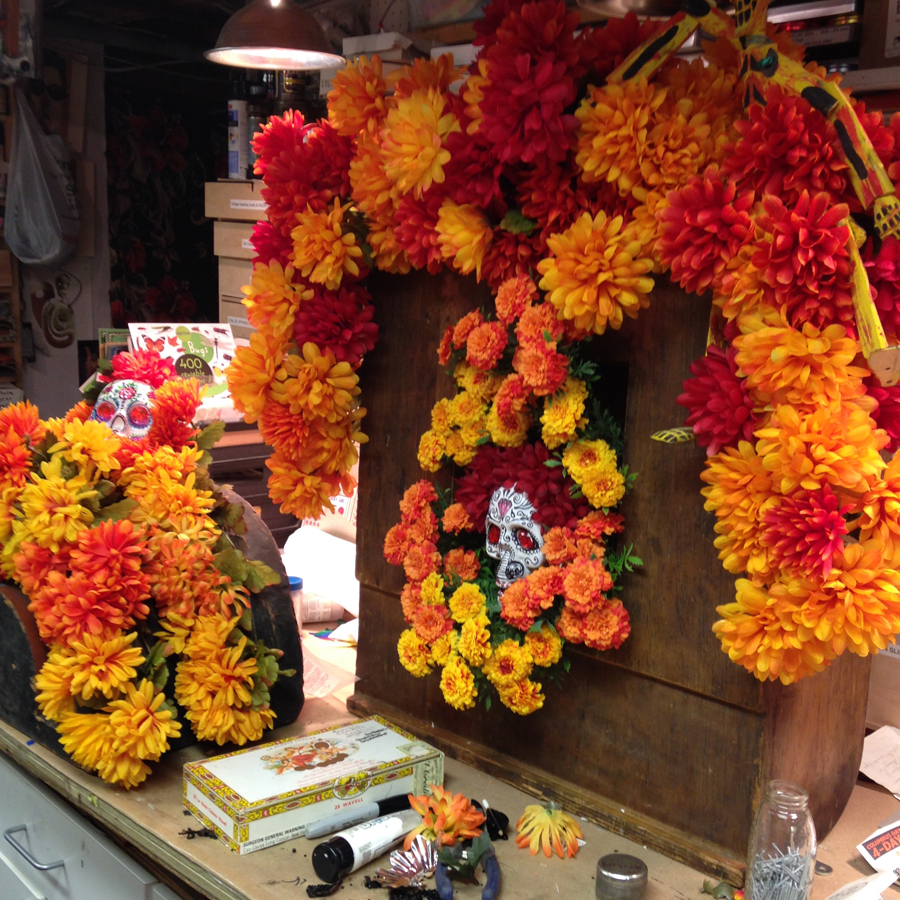 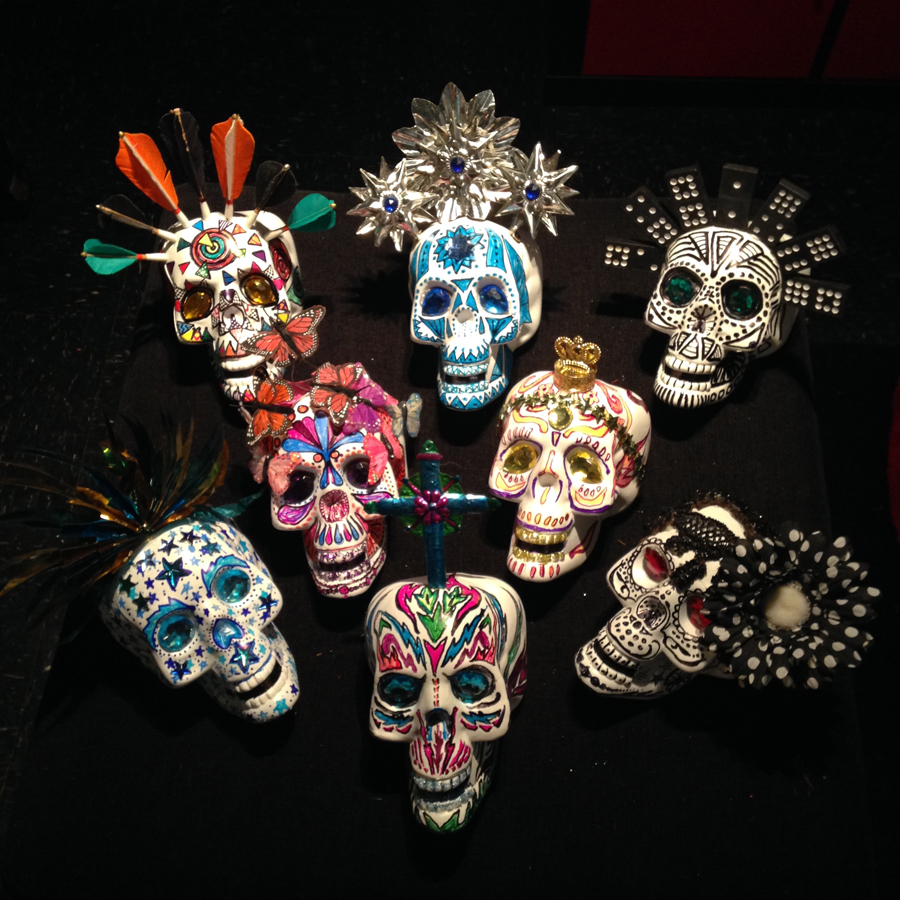 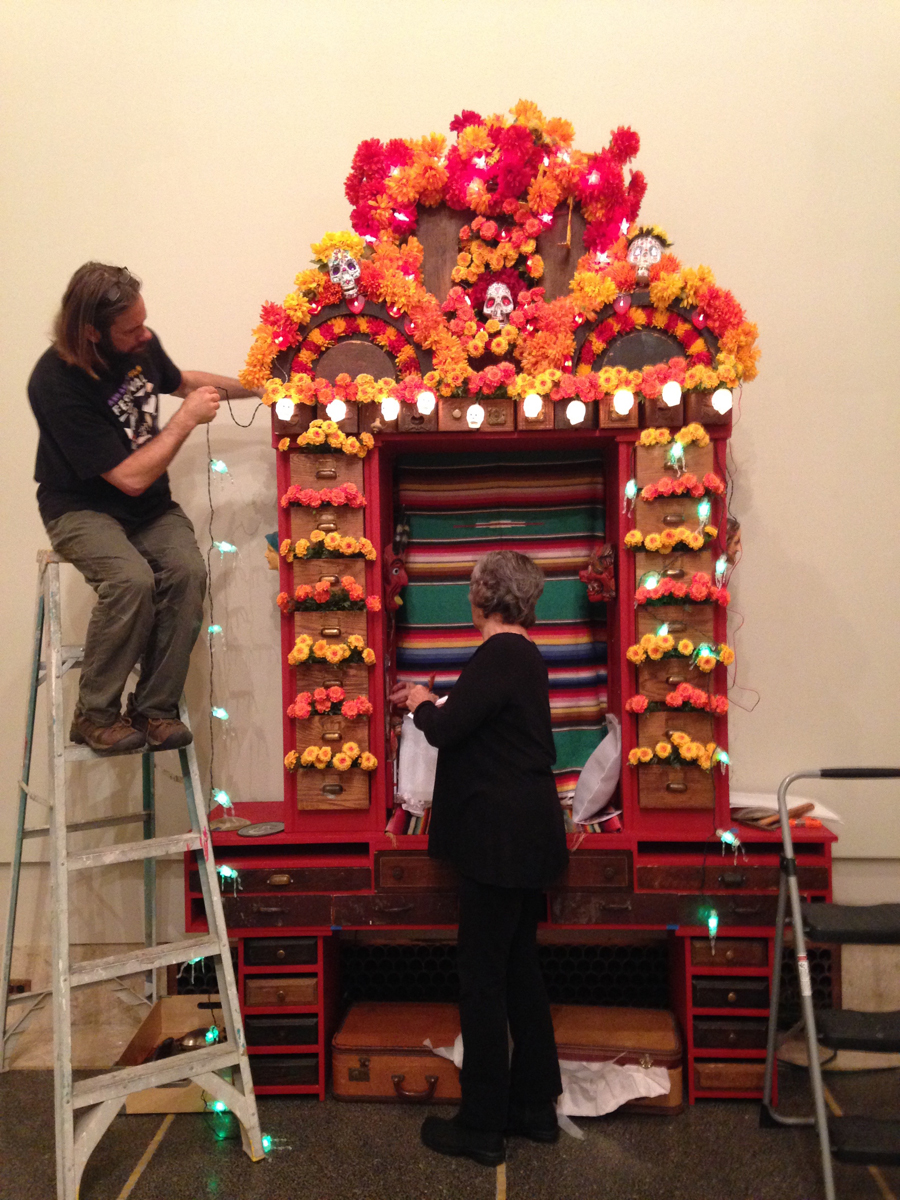 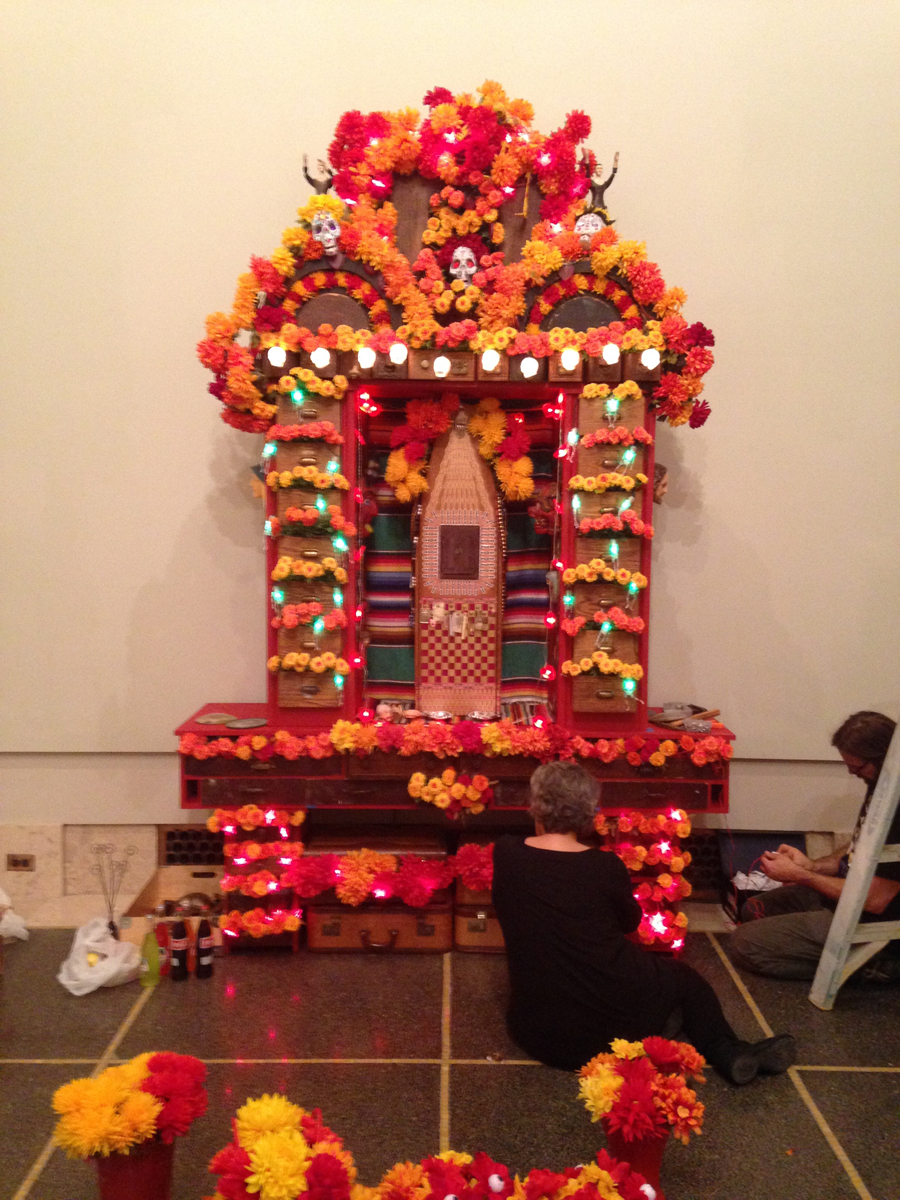