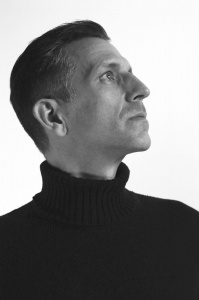 John Gutoskey is an artist, designer, printmaker, & collector. Early in his career,  John worked as a costume designer and as a specialist in costume crafts. He worked on productions in New York City and across the US in theater, opera, dance, film, and television. He also taught classes in millinery, mask making, and fabric dyeing at the University of Michigan’s Department of Theater. In the 1990‘s, John went back to school and became certified in various forms of therapeutic bodywork and meditation. At this same time, he returned to his studio with a newfound interest in making art on his own terms, and it resulted in an outpouring of new work. Exploring the media of printmaking, assemblage and “found” objects, he was inspired by the works of Joseph Cornell, Betye Saar, Lucas Samaras,  outsider art, Art Brut, and religious art to evolve his own unmistakable style: a perfect mirror for his gregarious, highly animated personality. The obsessive collector in Gutoskey met the trained visual artist half-way.

John is the owner and operator of the A2 Print Studio in Ann Arbor, Michigan which opened in the fall of 2015.