I made this piece in late 2018: I have been reflecting on how the American flag is used as a symbol, and what it means to be a patriot versus a nationalist. I started thinking about this when Colin Kaepernick began kneeling during the playing of the national anthem to protest violence against the black community, and the huge backlash directed at him from the right.  For me, this work represents the rise of white nationalism, combined with right wing evangelicals (and their attempts to get rid of the separation of church & state), right wing politicians, and the one-percenter capitalists; and the hypocrisy from the religious right in their response to Trump. We are seeing an erosion of the wall between church and state.

”American Prayer”  consists of a backdrop that is made from a 3′ x 5′ American flag that has been whitewashed and then imitation gold leafed–“paved with gold”. (I did not seal the imitation gold leaf, so it will start to tarnish as it ages.) Hanging in front of this is a Christian cross upholstered in another American flag. In front is a home prayer kneeler (aka  a prie-dieu– French for “pray to God”) which has been painted gold and stenciled with red dollar signs. The padded kneeler has been re-upholstered with a third 3′ x 5′ American flag which forces the user to both step on and kneel on the flag in order to worship in front of a shrine to capitalism, white nationalism, racism, intolerance, & religious hypocrisy. 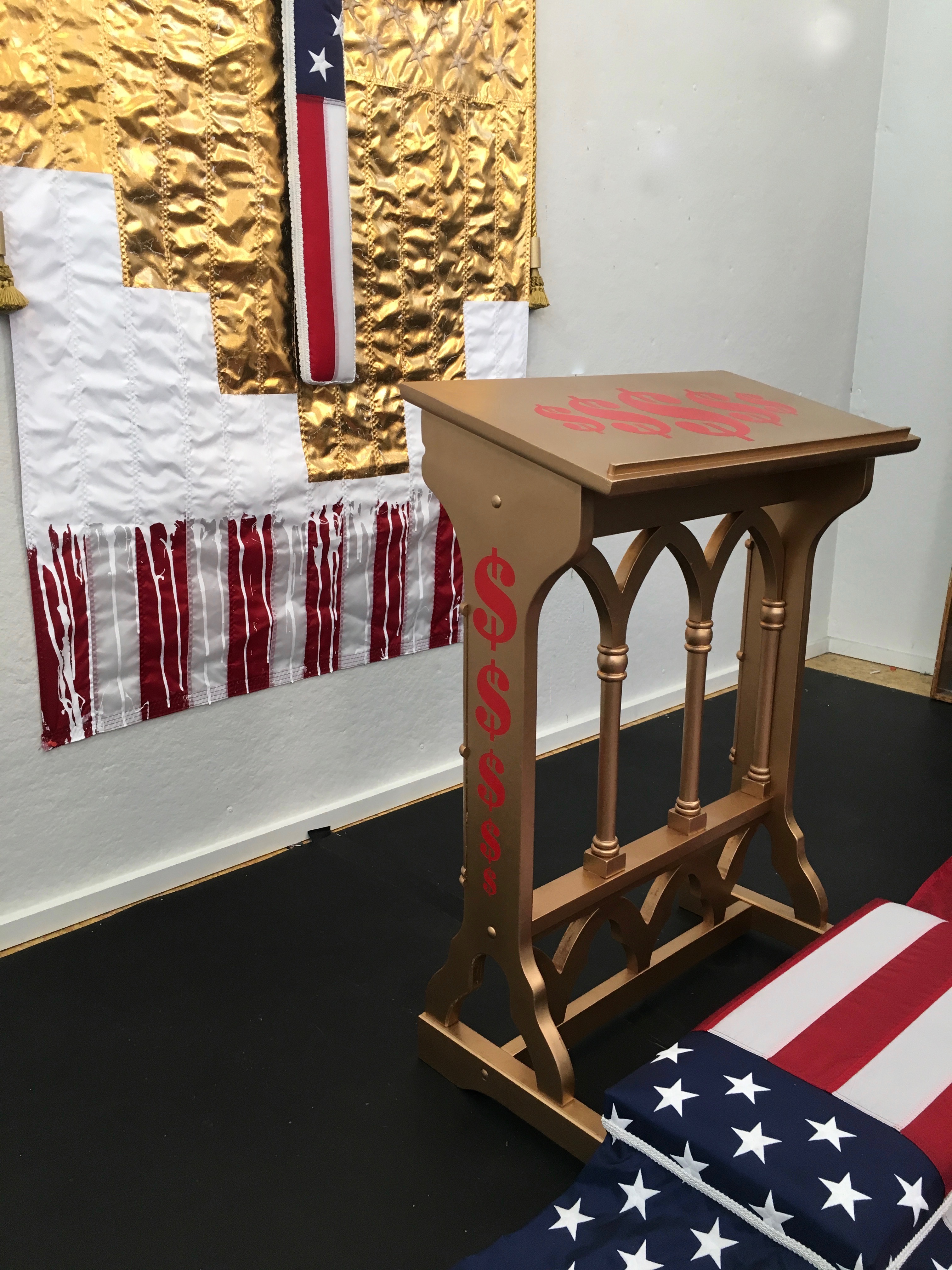 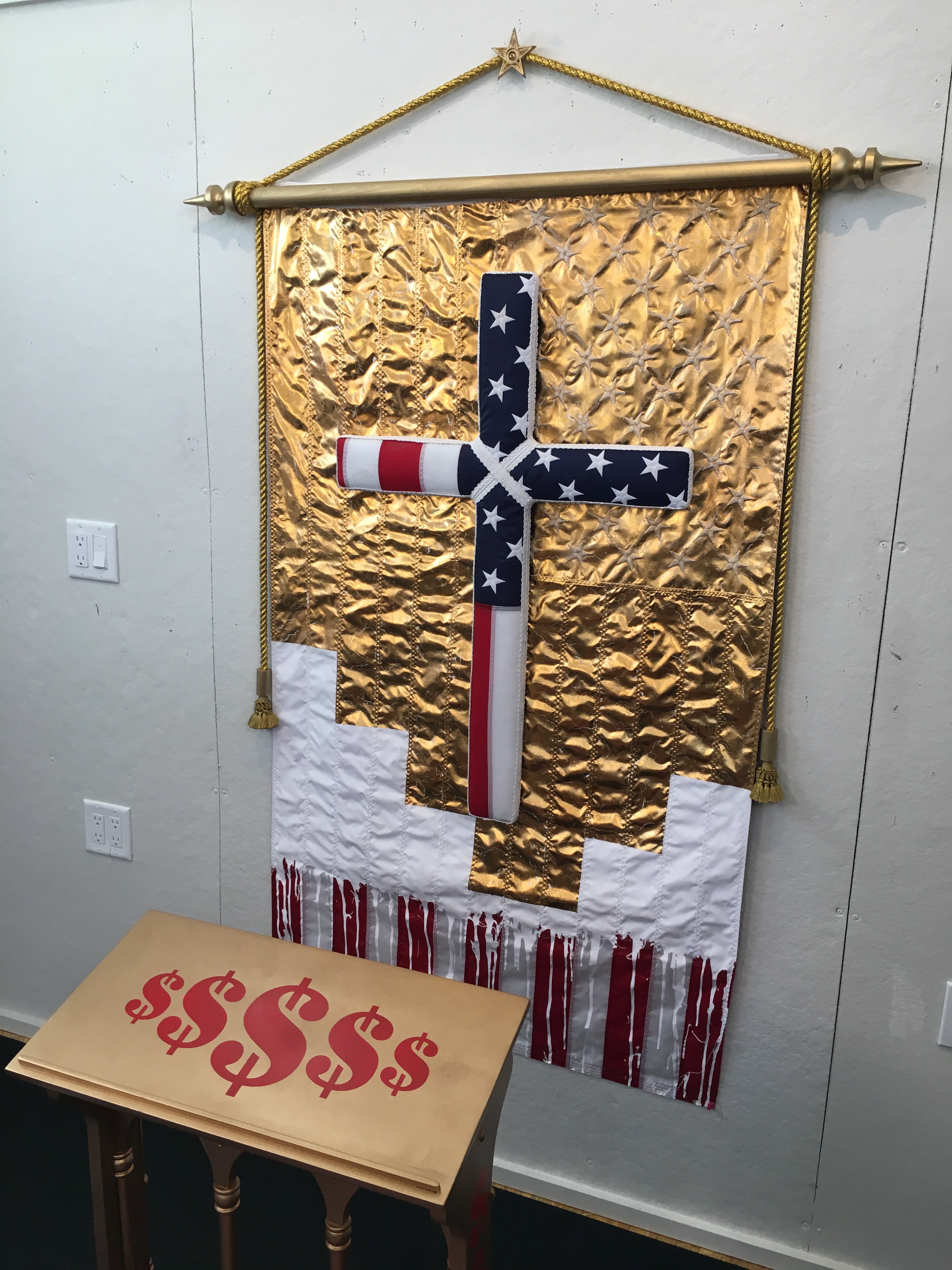 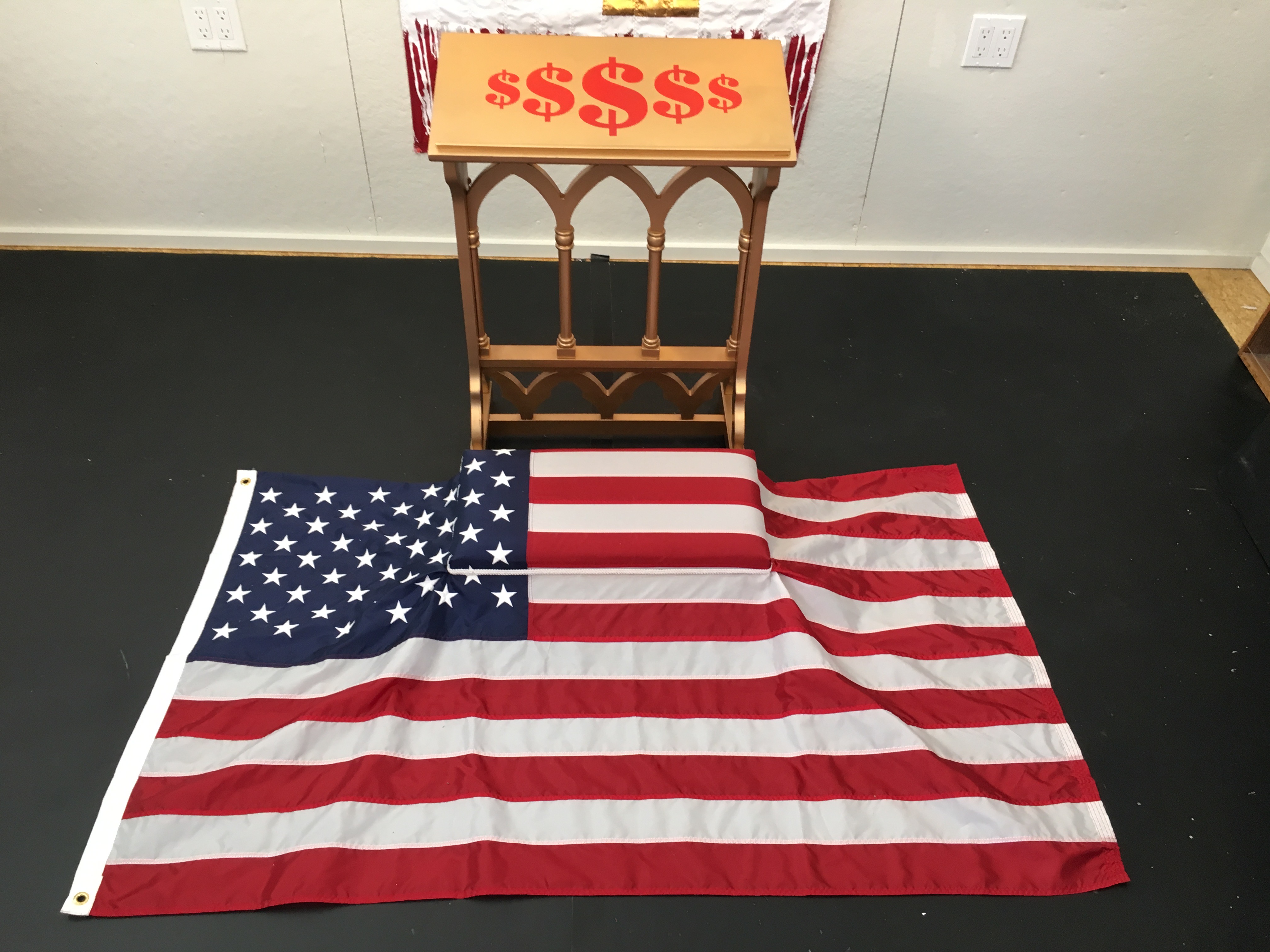